Freedom Mortgage would like to thank everyone who supported the 2017 Freedom Mortgage USO Rucksacks to Backpacks program.  It was a wonderful success.  When the program began in 2014, the company provided local USOs with 333 backpacks. This year, Freedom Mortgage teams in AZ, CA, FL, IN, MD, NJ, NY, and PA collected an overwhelming 3,200 backpacks plus assorted school supplies. These supplies were given to seven different local USOs to distribute to children of military families. Parents know shopping for back to school supplies can be quite expensive, and programs like this alleviate a heavy financial burden for Military families. Benefitting USO locations include USO Arizona, Liberty USO, USO Jacksonville, USO San Diego, USO of Metropolitan New York, Bob Hope USO Ontario, USO Indiana, and USO of Metropolitan Washington.

Freedom Mortgage would also like to recognize NJ executives for challenging their teams and collecting over 900 backpacks, with top honors going to Team Patterson for collecting nearly 400 backpacks. The NJ First Flyer career development program for college graduates collected over 1600 backpacks. Team Gold’s strategy landed them in first place with over 500 backpacks. The friendly competition among executives and the First Flyer cohorts drove a bulk of the donations to this cause, enabling Freedom Mortgage to help the USO prepare hundreds of military families for the coming school year. 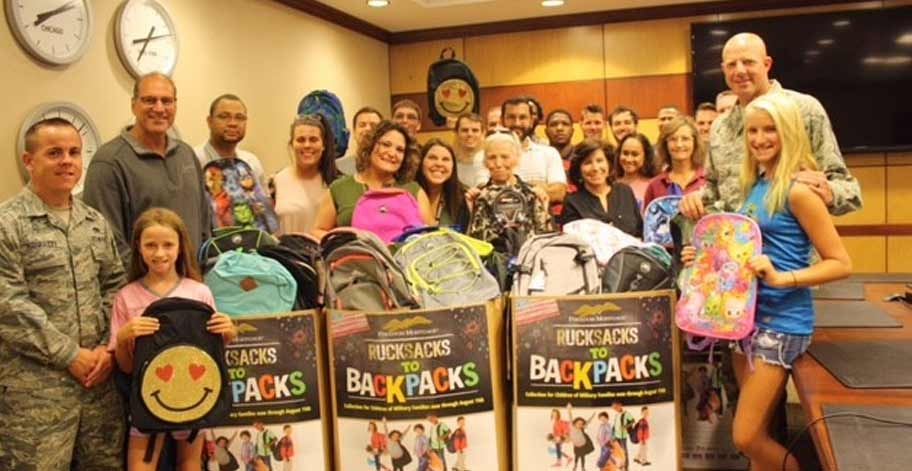 Freedom Mortgage volunteers from NJ also helped the Liberty USO of Pennsylvania and South Jersey distribute backpacks and school supplies at the Joint Base McGuire-Dix-Lakehurst and the PA National Guard and Readiness Center. Between these two locations, over 200 families arrived to collect school supplies for the upcoming school year. Watch a video from the event below:

Freedom Mortgage would like to thank its employees for their incredible generosity. Participating locations included New Jersey offices, Fort Washington, Phoenix, Tempe, San Diego, Jacksonville, Columbia, MD, Deerfield, San Dimas, Fishers and Melville. Each of these locations made an enormous difference to military families across the country as they begin preparing for another expensive back-to-school season. 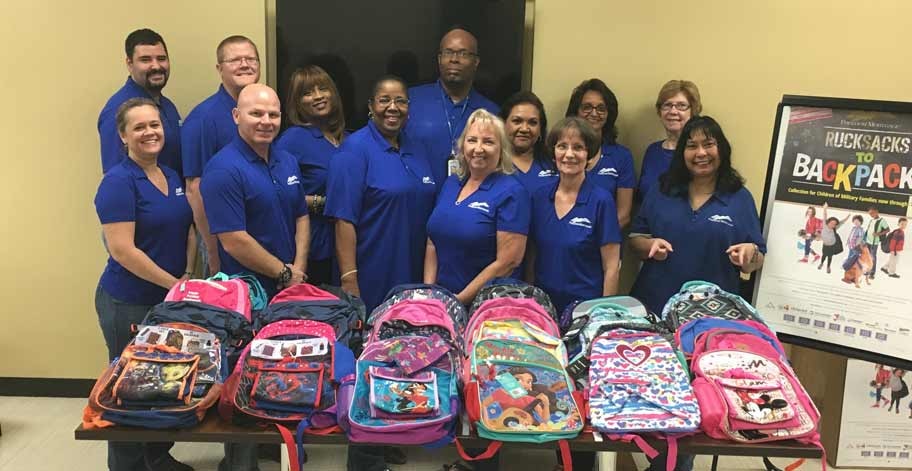 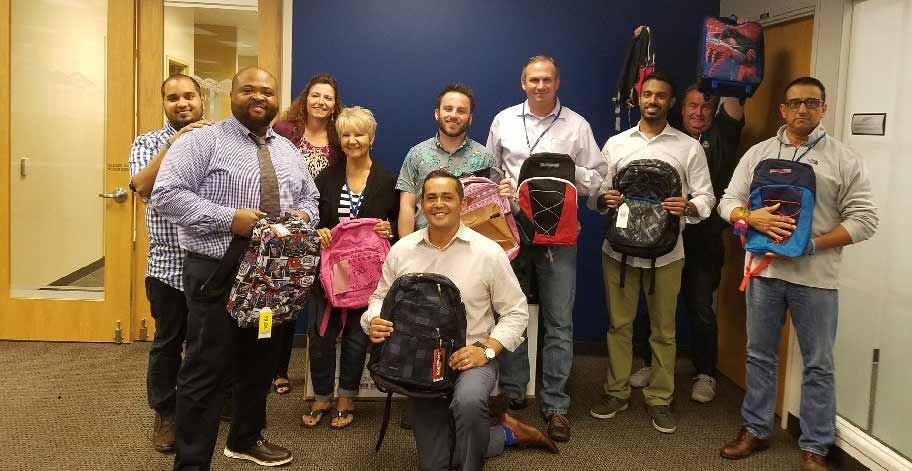 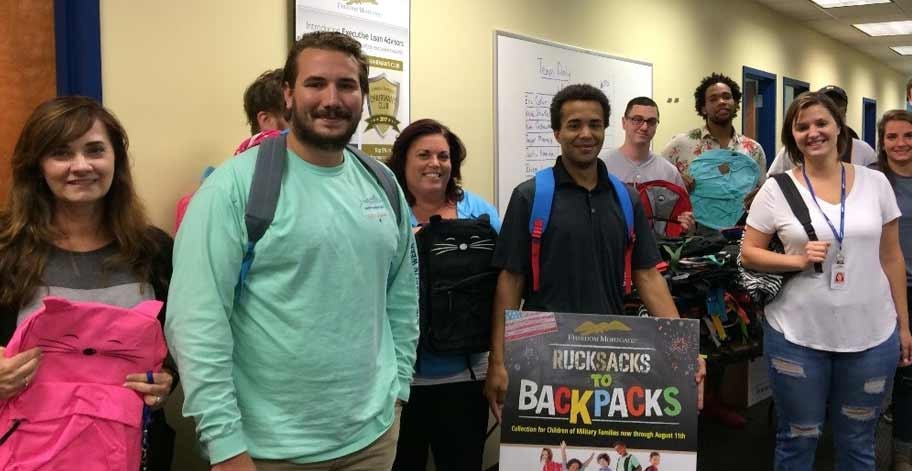 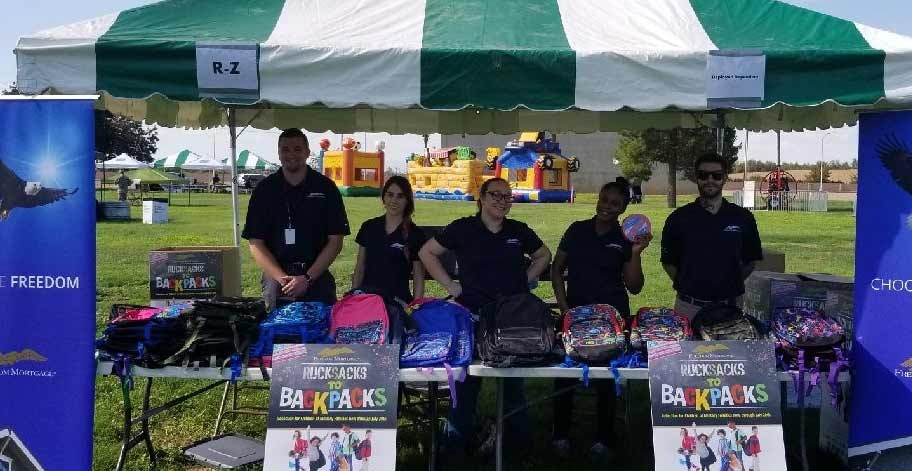 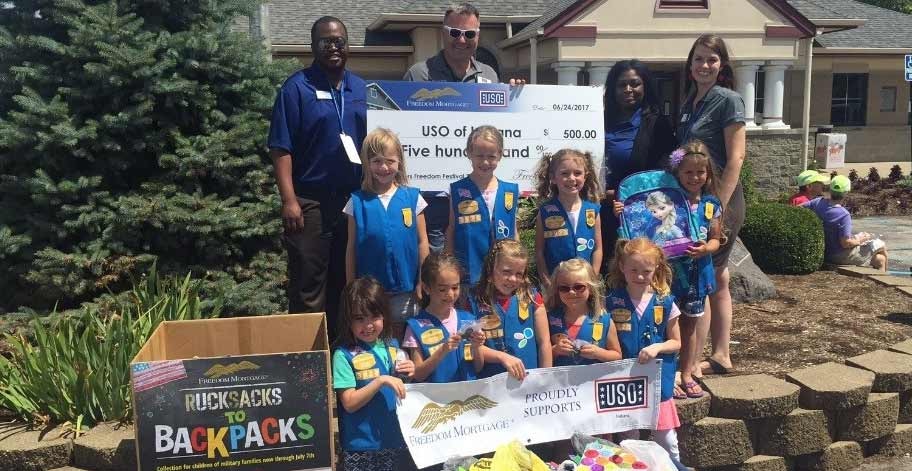 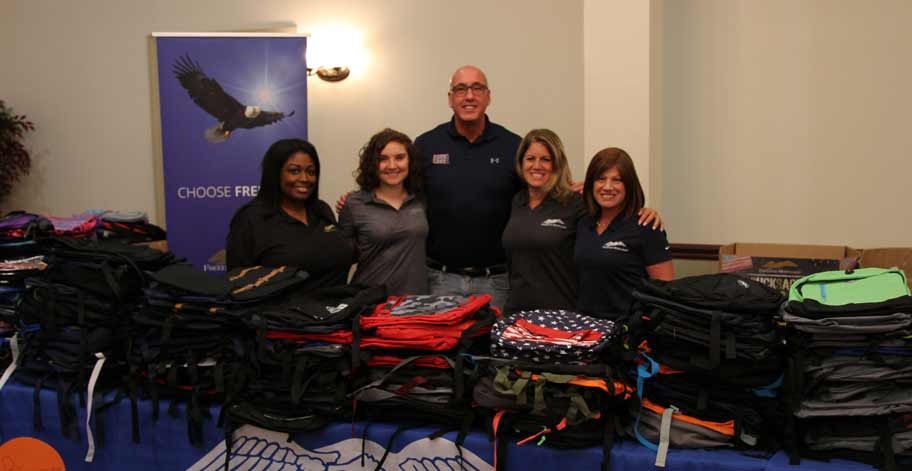 When looking for a mortgage, it’s important to find a company that specializes in mortgages and can address your unique home buying or refinancing needs regardless of your circumstances. Get Started today by getting a personalized evaluation of your home loan options from a Freedom Mortgage home loan specialist or call us at 877-220-5533.

This March, Freedom Mortgage’s First Flyers hosted an afternoon of ice skating at the Flyers Skate Zone in Pennsauken, NJ. Over 150 attendees took to the ice.